Wedding traditions around the world  / Weddings

Wedding traditions around the world: China

For this section of wedding traditions around the world, we’re heading to the Far East and diving into the marriage customs of China, a country known for its lavish ceremonies.

Whether you’re attending a wedding in China or simply curious about these traditions, we’ll take you through everything you need to know, from the classic Chinese wedding tea ceremony to the modern Chinese wedding dress.

One of the most important and notable aspects of a Chinese wedding is the tea ceremony.

Even in modern Chinese weddings, the tea ceremony remains one of the most significant parts of the nuptials and is a chance for newlyweds to show respect to elders within their families.

What is the Chinese tea ceremony?

The Chinese tea ceremony takes place on the day of the wedding. During this part of the nuptials, the couple serves tea to their parents, in-laws, and other family members, symbolizing the union of the two families. The ceremony is usually conducted within the couple’s family homes and sees them kneel before their elders and serve them tea.

The history of the Chinese tea ceremony

The origins of the Chinese tea ceremony go as far back as the Tang dynasty, between 618-907 AD.

Tea has long been an important part of Chinese culture – when a woman marries and brings tea as part of her dowry, she is said to be showing her faithfulness and loyalty to one person.

Nowadays, most Chinese people see the tea ceremony as a chance to welcome both the bride and groom into the family. The drinking of tea symbolizes the recognition and acceptance of this new person and is also an expression of gratitude on the couple’s part.

While the ceremony has been adapted over the years and differs between families, there are a few typical customs that most couples observe.

There are no rules concerning which tea should be used in a Chinese tea ceremony, however red dates, lotus seeds, and lily are often added to the tea, symbolizing luck, fertility, and marriage longevity.

The bride’s family traditionally buys the teaware and cushions for the ceremony, with the ‘double happiness’ Chinese character printed on them to represent marriage.

The tea ceremony for the bride’s side usually takes place in the morning at her home, when the groom and his groomsmen arrive to come and collect her for the rest of the day. Then, the groom’s tea ceremony will take place. However, many now conduct the ceremony in one go for logistical reasons or combine the tea ceremony with the lunch banquet too.

Following the ceremony, parents will normally share their wise words with the couple before they go on to exchange their wedding rings and offer them red envelopes full of money, a symbol of good luck and fortune. The groom’s family will also offer the bride gold jewellery – it’s important for the bride to put these on straight away, as a gesture of respect.

While the Chinese tea ceremony may be one of the most iconic parts of a wedding in China, there are other customs Chinese couples usually uphold.

Unlike Western gowns, Chinese wedding dresses are typically red. It is the most sacred colour within Chinese culture, representing good luck and happiness, and is also said to help drive evil spirits away.

You’ll often also see the gowns adorned with gold, alongside images of the dragon and phoenix, which symbolize prosperity for the newlyweds.

The design of the frock varies depending on the region – northern Chinese brides typically wear a one-piece gown named Qipao(旗袍), while brides in southern China prefer a two-piece wedding dress, called a Qungua or QunKwa(裙褂).

A Chinese wedding cake is sometimes referred to as a ‘dowry cake’ or a ‘marry girl cake’, as it was traditionally featured as part of the wedding gift.

Despite losing much of their original significance, bridal pastries still feature in many Chinese weddings. Dating back to the Guangdong province, ‘wife cakes’ are soft, round, and flaky, filled with a winter melon paste.

Other pastries include the ‘red twill cake’, made with a rose pastry stuffed with red beans – another chance for the classic red colour to be incorporated into the day.

Modern Chinese wedding cake designs have taken inspiration from Western styles, with their many tiers and extravagant motifs. These are combined with traditional Chinese colours and imagery, including red, gold, and the dragon and phoenix for decoration.

If you’re attending a Chinese wedding, it’s important to bring an appropriate gift.

Chinese weddings don’t normally use a wedding registry, which makes things harder for those not familiar with traditional customs.

Giving red envelopes with money is a common gift for Chinese newlyweds. The red symbolizes good fortune, while the money helps pay for the wedding costs and for the couple to begin their lives together.

Whatever you decide to purchase, make sure to avoid unlucky numbers such as 4 and 7, and clocks or knives. “Clock” in Chinese is actually “钟”, which indicates death and ending – not a great thought to start a new chapter of life with! 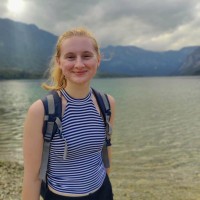 Mariah loves writing for the Luxe blog, having been passionate about jewellery since she was a young child — especially pendants and rings.

Wedding traditions around the world: China