This month we are looking at topaz as part of our “meet the gemstone” series.

Topaz gains a lot of its reputation through its impressive array of colours and its strong standing as the November birthstone.

The colour of topaz is caused by impurity elements or defects in the crystal structure, rather than its chemical composition. This is known as being “allochromatic”.

If you would like to learn more about this impressive gem and its fascinating history, this article will delve into all aspects of topaz, from its symbolism to how it is used in everyday life.

How did topaz get its name?

Although the history surrounding how topaz got its name is unclear, we know that a small Egyptian island (Zabargad) in the Red Sea was previously known as “Topazios”. In Greek, “topazos” means “to seek”.

It is not believed that topaz was ever produced on the island, although, other yellow gemstones were found there. It is important to note, however, that the island was previously a source of peridot and the two gems are often confused.

Many scholars and researchers believe the origin of the name topaz goes back to Sanskrit, which is an ancient language of India. The words “topa” and “topaz” translate to “fire”.

This naming could be due to gemstone fire, which is the splitting of white light into a rainbow of colours within the gem. Or it could be because of the striking colour that topaz often boasts.

What colour is topaz?

In its natural state, topaz can be colourless as well as having a wide range of shades, from golden brown to orange, and yellow. However, through various treatments, the stone can become deep red, orange, pale green, and blue.

Certain types of topaz are known as “precious topaz”, which refers to stones that boast a golden yellow or peachy orange shade.

Often, irradiation is used to intensify the colour shades in topaz. For example, colourless topaz can change to a unique and beautiful blue after radiation exposure treatment.

There are very strict regulations in place for those in the gem trade to ensure stones have cooled properly after irradiation so that they are safe to trade.

How strong is topaz?

Topaz is one of the stronger gemstones, coming in at an impressive Mohs hardness of eight. The Mohs scale, created by Friedrich Mohs in 1812, is a standard metric to measure the “hardness” of minerals. Diamond is at the top, scoring a ten, and pearls are toward the bottom, varying from two to four.

Although topaz is difficult to scratch, you should still focus on protecting and cleaning your gemstone to the best of your ability.

What symbolism and beliefs surround topaz?

Topaz was discovered thousands of years ago and has many legends throughout its intriguing history. As mentioned earlier, topaz translates to “fire” in Sanskrit, which links to a large proportion of the powerful symbolism connected with this often sun-filled gemstone.

In ancient times, the gem was thought to have the power to protect against enemies and fires. Additionally, the stone was seen to be symbolic of love and purpose in other cultures.

How big was the largest topaz ever found?

The most famous and record-breaking topaz is the “American Golden Topaz”. Originating in Brazil, the 172-faceted gemstone weighs in at an impressive 22,892.5 carats (4.58 kilograms).

This find is known as the largest cut yellow topaz in the world and is, in fact, one of the largest faceted gems of any type.

What is topaz used for?

Due to the plethora of shades within topaz gemstones they are the perfect choice for jewellery pieces.

Topaz is commonly found in rings, earrings, necklaces, and bracelets. Alongside its breathtaking appearance, its durability is also celebrated, which is why some choose to wear topaz jewellery on a regular basis. 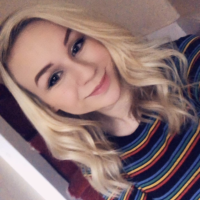