“A pearl is a living jewel” – Kokichi Mikimoto

The creation of pearls is a fascinating process. Pearls are formed inside the shell of certain molluscs as a defence mechanism against a potentially threatening irritant such as a parasite inside the shell. To protect itself from this irritant, the mollusc secretes thousands of layers of nacre, forming a pearl. The pearl’s iridescent luminosity has bewildered men and women alike for thousands of years. Whether offered in romance or taken in victory, worn as a symbol of chastity or a mystical aphrodisiac, pearls have been and continue to be among the most coveted gems in the world.
Below we explore some of the types of pearls available today.

Natural Pearls
These pearls are extremely rare, occurring spontaneously in the wild and hence very valuable. They are almost 100% nacre and come in many shapes with perfectly round ones the rarest of all. Finding one of these pearls would be down to an extreme stroke of luck.
The majority of pearls sold today are either cultured pearls from pearl oysters or freshwater pearls from mussels.

Cultured Pearls
These pearls have been formed by imitating the process in which natural pearls are formed. Instead of an irritant accidentally finding its way into the shell of an oyster, a nucleus of the soon to be pearl is implanted within the shell. At Robert Gatward we sell quality cultured pearls that have been crafted into extraordinary pieces of jewellery. Some of the types of cultured pearls that we have available are:

Akoya Cultured Pearls
Prized for their brilliant lustre and rich colour, Akoya pearls are a traditional symbol of elegance and beauty. Produced by Japan’s Akoya oysters, they are the most popular of all cultured pearls. Depending on the size of the mother oyster, they grow from 3 – 10mm. Colours range from white, cream and pink to light green, blue and silver.

White South Sea Cultured Pearls
The magnificent, satiny lustre of these fantastic white pearls is produced by the silver-lipped South Sea oyster. Their subdued opalescent appearance subtly changes under different light conditions, making them a constant marvel to behold. Harvested in sizes from 9mm up, their shapes range from round, oval or teardrop to free-form baroque.

Golden South Sea Cultured Pearls
These opulent pearls are produced by the golden-lipped oyster. Their warm, natural golden colour is said to be rarer than gold itself. The colour palette ranges from light champagne to a very rare deep gold. This oyster species can also produce richly luminescent white pearls, but the deeper golden colours are the most coveted of all pearls. Harvested in sizes of 9mm and up in round, oval, teardrop or beautiful baroque shapes.

Tahitian Cultured Pearls
Sometimes called Black South Sea pearls, the breathtaking colour of these naturally black pearls is produced by black-lipped oysters in the waters off Tahiti and Okinawa. Sizes begin at 8mm in round, oval, teardrop or unique baroque shapes. While characterised as black, the rich, dark colours actually range from slate grey, silver and pistachio to peacock green and midnight black with overtones of green, pink or blue.

Freshwater Pearls
Freshwater and saltwater pearls may sometimes look quite similar but they come from different sources.
Freshwater pearls form in various species of freshwater mussels which live in lakes, rivers, ponds and other bodies of fresh water. These freshwater pearl mussels occur not only in hotter climates, but also in colder more temperate areas such as Scotland (where they are protected under law). Most freshwater pearls sold today come from China.
So, we hope this article has helped you to understand some of the different types of pearl that are available today. If you have any questions please share them in the comments section below.
If you would like to browse some of the pearl jewellery available at Robert Gatward Jewellers please click here. 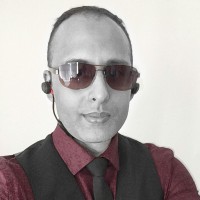